Cape Town -As thousands of soccer dignitaries and journalists landed in Cape Town for the Final Draw for the 2010 Fifa World Cup™ on December 4, the City of Cape Town has focused on a soccer theme for this year’s festive lights in the city centre.
The City’s public lighting crews worked hard after hours putting up the 12 light installations which span the entire width of Adderley Street. There is a six meter high Christmas tree at the entrance to the Company Gardens.
Over 50 000 people gathered in Adderley Street on Sunday, November 29, to witness the colourful extravaganza of light and sound when the lights were switched on by Executive Mayor Dan Plato at the Foreshore.
The 43-year-old ceremony, which is accompanied by a star-studded concert and a 2 000-strong carnival parade, is billed as Cape Town’s largest open-air event.
Gepost door Karl Symons op 01:24 Geen opmerkingen: 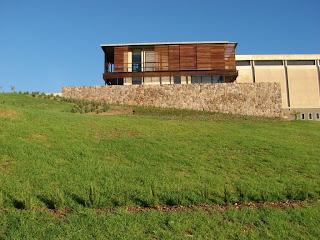 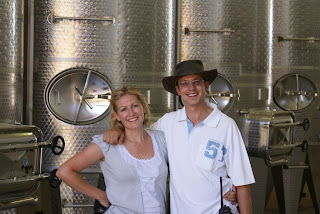 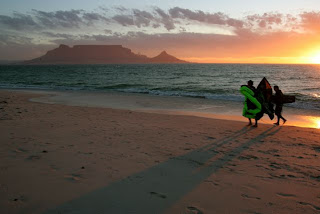 Dance for the climate

IIn August 2009 over 10.000 people danced for the climate on the Ostend Beach in Belgium. By joining this global movement and adding your own dance video to this site, you make your own statement that we have to act now on climate change.

Asa, the new voice of Afro-folk

A young Nigerian singer by the name of Asa (pronounced Asha) is currently causing a stir with a debut eponymous album released on the French label Naïve. Asa’s subtle mix of soul, folk and pop, cleverly interwoven with her African roots, has already evoked comparisons with Tracy Chapman and Ayo.
Check out "Jailer" performed by Asa

At the beginning of 2007, the young singer went into the studio and spent six weeks recording with Cobhams Emmanuel Asuquo,a blind multi-instrumentalist she has worked with for three years now. Her debut 11-track album is simply called Asa, "because all the songs on it are pieces of the puzzle that make up my personality." Featuring impeccable percussion, a funky Hammond organ, reggae-infused bass and contributions from celebrity flautist Magic Malik, Asa’s debut album contains two stand-out tracks: Jailer, a song about "the irony of oppression, not just political or racial oppression, but the kind that operates in everyday life" and Fire In The Mountain - a melody which has every bit as much chart-topping potential as anything by her Afro-folk sister Ayo!